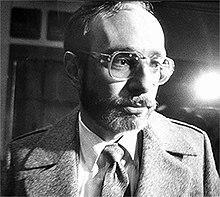 Dr. Barnett A. Slepian was a highly regarded Obstetrician Gynecologist in Buffalo, NY.  He had a large, private practice and offered full-service care—pap smears, birth control, infertility, prenatal care and delivery, all types of gynecologic surgery and abortion services in his office and in hospital.

Patients raved about his sincerity, warmth and skillfulness.

He also worked at Buffalo Women Services providing abortions.  He was targeted by the most vicious anti-abortion protestors who screamed that he was a pig, a murderer, a monster.  Bart remained calm and would not be deterred from doing what he felt was his duty—providing care to women who requested it.

Staff and other providers here remember him as dedicated, consistent and with a dry sense of humor--he would bring a lavish spread for the staff and feign surprise when they ate it.

Bart was very modest—on my first day he showed me “Bart’s Tip Jar” filled with quarters.  “The staff will ask you for personal medical advice—I always give it to them—it’s worth 25 cents.”

He was tremendously collegial to me personally, dropping everything and rushing to help me during my first week when a patient worried me.  Moreover, rather than criticizing me for interrupting his day, he complimented me on my concern.

His courage, dedication, and warmth were brutally repaid by an anti-abortion assassin.  Those who targeted him are as responsible for his murder as the man who hid behind his house and shot him through his kitchen window.  I will never forget Bart.

May his memory be for a blessing.